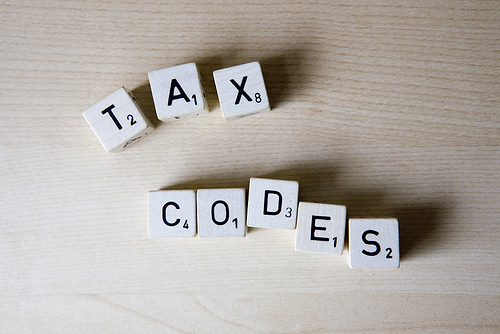 Happy New Year! As 2018 begins we have been meeting with our friends and clients and taking a look at the tax reform passed in December of 2017. Here’s an overview of what you need to know.

This past fall, House Republicans introduced their version of tax reform. Few observers thought such a massive undertaking could be signed into law within seven short weeks, but that is exactly what happened. In the hectic days that preceded Christmas, the president signed into law the most sweeping change in the tax code since 1986.

“The legislation will result in substantive tax reform for corporations, with the elimination of the corporate alternative minimum tax (AMT) and consolidation down to a single 21% tax rate (from 35%), all of which are permanent,” Michael Kitces, a respected authority on tax issues, wrote on Kitces.com. “However,” he added, “When it comes to individuals, the new legislation is more of a series of cuts and tweaks, which arguably introduce more tax planning complexity for many, and will be subject to another infamous sunset provision after the year 2025.”

Sharpen your pencils – the new tax code and tax planning

Over 80% of Americans will get a tax cut next year, while just 5% of taxpayers are expected to pay more (Tax Policy Center, Washington Post). In most cases, cuts are expected to be modest; however, much will depend on individual circumstances. Here are the high points for an overview of the 2018 tax year: (Sources for this review include Kitces.com and the Tax Policy Center.)

Finally, it’s important to point out that many of the more popular changes in the tax code for individuals will sunset in 2025. While many may eventually be made permanent, as we saw with the Bush tax cuts of 2001 and 2003, there’s no guarantee this will happen again.

We fully expect that the rewrite of the tax code will produce unintended benefits and unexpected consequences. From an economic standpoint, Congress and the president hope to unleash the “animal spirits” that have been lethargic for much of the economic expansion. They hope that changes, especially as they relate to business, will encourage firms to open new plants, expand in the U.S., and level the playing field with the global community. Prior to reform, the U.S. corporate rate was the third highest among 188 nations (Tax Foundation).

The $64 million-dollar question – will it work? About 90% of economists surveyed by the Wall Street Journal expect a modest boost to growth in 2018 and 2019, but after that, opinions diverge. If tax incentives boost productivity, it could lift long-run GDP potential, which would yield a significant benefit. If the economic benefits end after a two-year sugar high, it will likely be deemed a failure.

That said, we’re cautiously optimistic it will encourage entrepreneurship and economic growth, which would benefit hard-working Americans. We understand that uncertainty breeds questions and concerns. We are always available by phone or email and we’d be happy to talk with you and answer any questions you may have.

We’ve been in the financial planning field for many years and have been inundated with articles and ‘experts’ that offer up specific roadmaps for stocks. None have been consistently right. The S&P 500 Index advanced 21.83% in 2017. That figure includes reinvested dividends. No question about it, 2017 offered rich rewards to those who invested in a well-diversified stock portfolio.

What will impact shares next year? Longer term, it’s always about the fundamentals; economic growth and profit growth. Low inflation and low interest rates only sweetened the pot last year. The momentum generated by a growing U.S. and global economy is likely to carry over into the new year. While a 2018 recession can’t definitively be ruled out, leading indicators suggest the odds are low.

However, unexpected events can create short-term emotional responses in the market that are best avoided by long-term investors. Last year’s lack of volatility was simply remarkable. According data from LPL Research and the St. Louis Federal Reserve, the biggest drop in the S&P 500 amounted to just 2.8%. It was the smallest decline since 1995. It’s an excellent reminder that volatility is typically a part of the investment landscape. Volatility can be unnerving, but it’s incorporated into the investment plan we’ve recommended for you.

Keep in mind as we review our investment planning, that we think one of the biggest risks is living longer than we imagined, not worrying about short term financial market woes.

It is our job to assist you! If you have any questions or would like to discuss anything, please feel free to give us or any of our team members a call.  As always, we are honored that you have given us the opportunity to serve as your financial advisor. All of us at Karn Couzens & Associates wish you and your loved ones a happy and healthy New Year!

Check the background of this firm/advisor on FINRA’s BrokerCheck.